SPOTLIGHT w/GUEST POST - NONFICTION - This Morbid Life (No Rest for the Morbid, #1) by Loren Rhoads 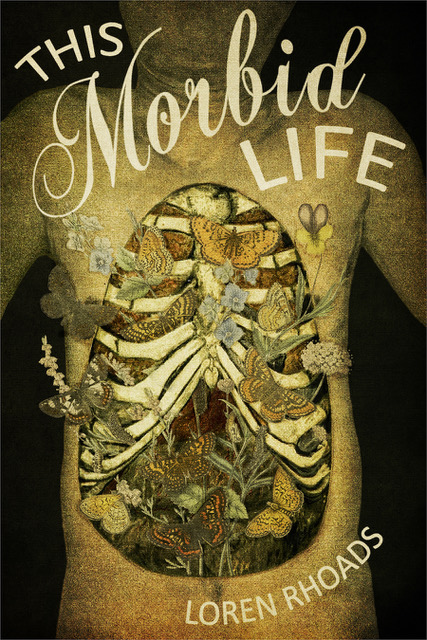 Living in a World of Ghosts

One summer when I was a kid, my mom tried to find things to entertain me and my younger brother. She decided it might be fun to go to the cemetery down the road and make rubbings of the gravestones there.

As we roamed around with the roll of butcher's paper and a box of crayons, Mom showed us our grandfather's grave. He had died of a heart attack before I was born. Next to his headstone stood a little gravestone for my cousin Karen.

Karen had died as an infant, killed in a car accident while I was a toddler. She would've been the closest cousin to me in age, even closer than my brother, who was born the year she died. Her headstone had a carving of a bird flying out of an opened cage. It said, "Think of her still as the same and say she is not dead. She is just away."

You know how you can feel those moments where your life changes? Standing in front of this little gray headstone changed mine. It was the first moment where I understood what death was, that it could take away babies as well as old men. It was the moment where I stopped feeling safe.

I wanted to believe that Karen and I were still connected in some way, even though I don't have any memories of her. In reality, I have nothing more than a photo of the two of us as babies, lying on a soft white blanket. Still, I wanted her to be my guardian angel, watching over me, moving through life with me. I wanted her to be a ghost, someone who could look at life from the outside and advise me. I wanted some kind of protector.

Weird things happened to me as a kid, but nothing I could point to as an actual haunting. That's why I was so surprised, years later, when my friend Blair showed up as an actual ghost. I tell that story in my memoir, This Morbid Life. Here's an excerpt:
Excerpt from "The Ghost of Friends"
On Thanksgiving morning, I was making coffee when Jeff strolled out of his room. I debated what I should say. When my hands were busy filling the pot in the sink, I said, “I saw Blair’s ghost last night.”
“I haven’t seen him,” Jeff said, “but I’ve been pretty sure he was here.” I don’t know what I expected to hear, but that wasn’t it. Jeff is very down-to-earth, feet on the ground. If he could sense the ghost, then something must surely be there.
He told me, “One morning I was lying in bed in that half-awake state, thinking about the ghost. I felt a blast of wind blow straight up the length of my body into my face. When I opened my eyes, there was nothing to be seen—and nowhere for the wind to have come from.”
I shivered. Jeff slept in the bed where Blair suffered and died. It was all I could do to make myself sit on the bed when we watched a movie.
“Did he speak to you?” Jeff asked.
“No.”
“I wonder what he wants.”
Of course, it could all be shrugged off as the power of suggestion on susceptible minds. I was very high, then sleepy; Jeff was half-awake. But it makes sense to me that if you don’t have a corporeal body to affect real space, you have to work in those times and spaces when people will be most likely to sense you. Or maybe he’s there all the time and we’re only able to perceive him when we’ve lowered our resistance.
*
The last time I saw Blair’s ghost, he was full color. He wore a red flannel shirt over black jeans, just as in life. His hands were linked behind his head as he lounged on the bed, ankles crossed. His black hair had grown out to the velvet stage. He looked healthier than he had in the entire last year of his life. His dark eyes sparkled as he grinned at me: Gotcha.
Immediately, I turned back to the stereo. It was Monday. Blair had died on a Monday. He’d died in the afternoon, in this room, on that same side of the bed.
All that flashed through my mind, followed by a rush of fear. I did not want to have my back turned to Blair’s ghost.
I whirled around so fast that I stumbled against the bookshelf and had to reach out to steady myself. The bed was empty again. Blair was gone.
I reached the incense down from the bookshelf and lit a stick of Blair’s favorite sandalwood. I waved the smoke over the bed and myself before leaving it to burn on the bedside table.
“Be at peace,” I wished him, but I had the sense that he was.

Author Info
Loren Rhoads is the author of 199 Cemeteries to See Before You Die, Wish You Were Here: Adventures in Cemetery Travel, a space opera trilogy, and a duet about a succubus and her angel. She is also the editor of Morbid Curiosity Cures the Blues: Tales of the Unsavory, Unwise, Unorthodox, and Unusual and Tales for the Camp Fire: An Anthology Benefiting Wildfire Relief. This Morbid Life, her 15th book, is the first in the No Rest for the Morbid Series. Book 2, Jet Lag and Other Blessings, will be out in 2022. 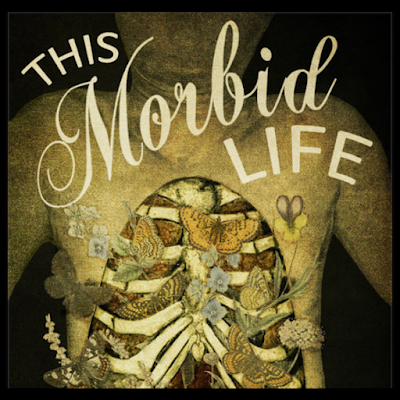