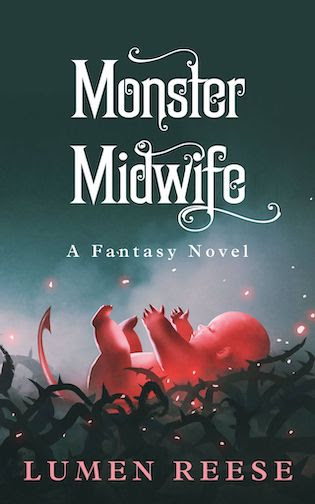 Alanna Rhee believes that all mothers deserve to deliver safely, even the monsters of the world. As a human enslaved to the fairies of Aerin, she made a pact with the king when she was just a child. She signed in blood. After studying midwifery, and for ten years attending to the most dangerous births of other magical creatures -earning wealth and prestige for the kingdom- she would win her freedom. With three years left to serve, multiple fairy kingdoms are on the brink of war. Queen Esmera of the Westlands is hated, feared, and called a ‘classless woman’. Worse still, she carries a child with no father, conceived from a deal with an ‘Old God’. Not knowing what deformities the baby may show, only the most experienced midwife in the land will do.

Alanna is trusted by all. She is asked to attend to Esmera. She is also asked not to intervene in the difficult birth, and by her inaction, to cause death. Alanna must decide if even her freedom is worth the horror of allowing a woman to die in her most vulnerable moment. 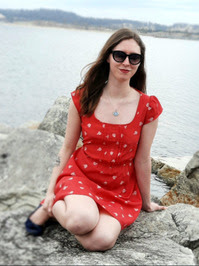 Lumen Reese is a an author of diverse fantasy, sci-fi, historical and speculative fiction from Michigan.