Tagline: Dale Highland never wanted to be a demon…but now she may be the only one who can save them all… 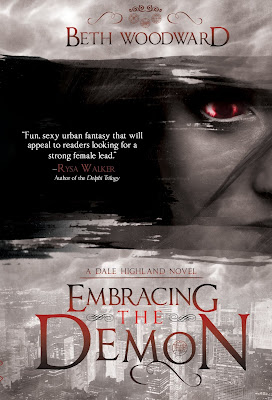 A militant anti-supernatural group called the Zeta Coalition is trying to kill Dale, and a mysterious illness ravages angels and demons throughout the world. As the death toll rises, and the Zetas get closer and closer to Dale, she starts to realize the two things are connected.

To save them all, Dale will have to team up with John Goodwin, the man she once loved. The man who destroyed her.

But by the time Dale and John figure out the Zetas’ real intentions, it may be too late…

Excerpt:
He wore a gray suit with a dark shirt and a blue tie that fit him so perfectly I knew it must have been custom made for him. His dark blond hair had been combed and gelled into submission. Normally, it stood up in random spikes around his head—not as a stylistic choice, but because he had the tendency to run his fingers through it nervously until it went in about 14 different directions.
Until that moment, I hadn’t been convinced he’d survived the fall off the roof of Amara’s estate. Every night in my dreams, I stared at his broken body, tears running down my face. I wasn’t sure why I cried: because I had killed him, or because he had destroyed me.
But here was John, very much alive, looking like the fantasy of some billionaire boss about to have hot monkey sex with his secretary on the desk. He didn’t look like the John I remembered, who’d spent most of our time together wearing blood-covered t-shirts. Which one was the real John, I wondered, the suave businessman or the urban warrior? And then I noticed the pin on his lapel: a flaming angel that matched the ones on the others’ pendants. John had declared his allegiance, and it wasn’t to me.
“My apologies for the mess,” he said. “Ephraim, Leah, please clean that up. Make sure you dispose of the body well. I don’t want him coming back to haunt us one of these days.” A man and a woman jumped out of their seats and scooped up the body, leaving just a puddle of blood behind. Guess they’d be getting that later.
John turned to the rest of the group. “Let’s not forget why we’re here. This illness is already devastating our community, and it’s getting worse. The Zeta Coalition created it with the intent of wiping out supernaturals—angels and demons. And if we can’t cooperate, they will succeed.”
“She’s the daughter of our worst enemy!” someone shouted.
“Amara is dead. And Dale is not Amara.” He paused. “Covington is right. We need more information if we’re going to survive this, and Dale is our best hope of gaining access to their records containment facility.”
“What about taking an army and storming the compound, like we talked about a few weeks ago?” someone asked.
To my surprise, it was Tina who answered. “The compound is too heavily fortified, and its underground architecture would make it difficult to strong-arm. We’ve run the scenario many times, accounting for the different variables. The most likely outcome is that we’d end up trapped down there while the Zetas pick us off.”
“There must be another way,” a woman said.
“Maybe, but this is the best way,” John replied. “We all know Dale can do things that no one else can. Her return may have been a coincidence, but we should use that to our advantage.”
“I haven’t agreed to anything yet,” I managed to get out through gritted teeth. 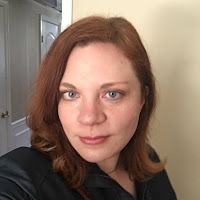 Author Info
Beth Woodward has always had a love for the dark, the mysterious, and all things macabre. She blames her mother for this one: while other kids were watching cartoons, Beth and her mother were watching Unsolved Mysteries together every week. She was doomed from the beginning. At 12, she discovered the wonders of science fiction and fantasy when she read A Wrinkle in Time, which remains the most influential book of her life. Growing up, she was Meg Murray with a dash of Oscar the Grouch. She’s been writing fiction since she was six years old; as a cantankerous kid whose family moved often, the fictional characters she created became her friends. As an adult, she’s slightly more well adjusted, but she still withdraws into her head more often than is probably healthy.

When she’s not writing, Beth volunteers at her local animal shelter, attends as many sci-fi/fantasy conventions as she can, and travels as much as time and money will allow. She lives in the Washington, DC, area with her husband and their three cats.

How would you describe your style of writing to someone that has never read your work?
Dark urban fantasy with strong romantic themes. I’m someone who likes both horror and sexytimes *wink.*

What are some of your writing/publishing goals for this year?
Before the end of 2018, I want to have a good working draft of the third book in the Dale Highland series completed. If I could have book 3 out by next summer, that would be amazing, but given my schedule and the time it takes me to write things, that’s probably optimistic.

I would also like to spend some time working on non-Dale-related fiction. I love Dale, but after three years of working on nothing but Dale, her headspace is beginning to feel a little crowded.

Do you feel that writing is an ingrained process or just something that flows naturally for you?
One thing I’ve told people is that I don’t believe writing can be taught, but I do believe it can be learned. By that I mean that unlike math or spelling, in which there is a right or wrong answer, writing is a very subjective process. You can learn how to break apart the elements of a story. But being able to identify the rising action of The Great Gatsby isn’t necessarily going to help you write a novel.

But reading will help you learn what you like and don’t like in other people’s writing. And it will help you identify what works and doesn’t work in storytelling. And that’s very important. But in the end, the only way you can learn how to write is just to do it. You have to put your butt in the chair and write something. And it will probably suck. Then write something else. It will suck less. At some point, as you get more confident, bring your writing to a critique group. They will probably tear you apart, but if you keep an open mind you can learn a lot from them. Then wash, rinse, repeat.

To put this in perspective, I’ve been writing fiction since I was six years old. (I was a very odd, nerdy child.) And I’m still learning.

If you could spend one-week with 5 fictional character, who would they be?
Doctor Who. The 10th or 12th Doctors, specifically. (Does that count as one character or two?)

Jamie Fraser. Because just once in my life, I want to hear a red-headed Scotsman direct the term “Sassenach” at me. (Bonus points if it’s Jamie Fraser as played by Sam Heughan.)

I keep coming back to Fitzwilliam Darcy from Pride and Prejudice, which is pretty much as cliché as they come. But like Elizabeth Bennet, I’m a bookish smart alec, so I think we’d get along smashingly after we got over our loathing. (More bonus points if it’s Fitzwilliam Darcy as played by Colin Firth.)

Jessica Fletcher from Murder, She Wrote, both because I’d love to learn how to write mysteries and I KNOW THAT OLD BIDDY IS OFFING EVERYONE IN CABOT COVE WHY DOESN’T ANYONE ELSE SEE THIS???

Where would you spend one full year, if you could go ANYWhere? What would you do with this time?
Oh goodness, there are too many “wheres” for me to pick just one. I love to travel. I have not been to Australia or New Zealand yet, and I’d love to go. I haven’t been to Ireland yet, either, and as a freckled redhead I feel like I’m dishonoring my heritage. I guess my dream would be to travel around for a year with my husband and cats (who in my fantasy wouldn’t be miserable being dragged all over the world), and have the chance to devote myself full-time to writing without having to worry about money.

Can you share you next creative project(s)? If yes, can you give a few details?
The third book in the Dale series is next on my docket. Without getting too spoilery, I can say that I envision each book as getting bigger in scope than the previous one. So the stage will be bigger, the threats will be more dangerous, and the consequences will be more lasting. 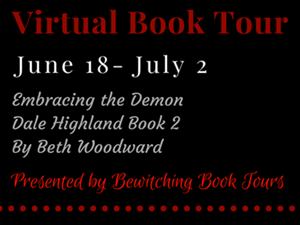