SPOTLIGHT w/INTERVIEW - BIRTH OF THE STORM by Valerie Storm 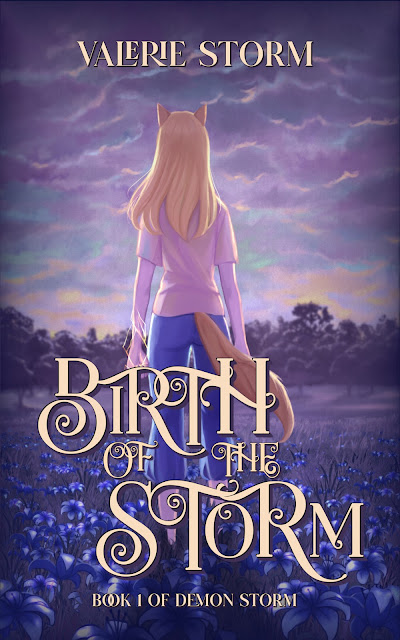 
I will kill them, Mother, she whispered in her mind, though the soundless void was enough to make her breath hitch. I will kill them for you and Father.

Author Info
Valerie Storm was raised in Tucson, Arizona. Growing up, she fell in love with everything fantasy. When she wasn’t playing video games, she was writing. By age ten, she began to write her own stories as a way to escape reality. When these stories became a full-length series, she considered the path to sharing with other children and children-at-heart looking for a place to call home.

Do you feel that writing is an ingrained process or just something that flows naturally for you?

I think it flows naturally for me. There are times when it’s a little more difficult than normal, but usually I let instinct (and the characters) guide me. If the story wants to be written, it will.

What mindset or routine do you feel the need to set when preparing to write (in general whether you are working on a project or just free writing)?

Generally, I do not need a routine to write, but a combination of music and coffee can be game-changing. When it comes to mindset, it depends on the scene. If I’m about to write grief or similar, I may need to sober myself. For romantic or happier moments, I need to hype myself up for the best results!

Have you found yourself bonding with any particular character(s)? If so, which one(s)?

Demon Storm’s primary villain, who does not appear on-screen in Birth of the Storm, is one I bond with very well. Her name is Raven, and she is where all my darkest feelings thrive and come to life.

Can you share your next creative project(s)? If yes, can you give a few details?

My next major projects will be more of Demon Storm! Kari’s series will go on for a long while, and I have a lot of work to do before the other books are as ready as the first.

Have you ever felt that there was something inside of you that you couldn't control? If so, what? If no, what spurs you to reach for the unexperienced?

I love this question because I feel like it connects closely to Kari’s major arc. I know I have a deep sense of very strong emotion that sometimes appears as rage or passion. Just like Kari, I struggle with this at times. While I don’t lose control in the same way she might, I know it exists. 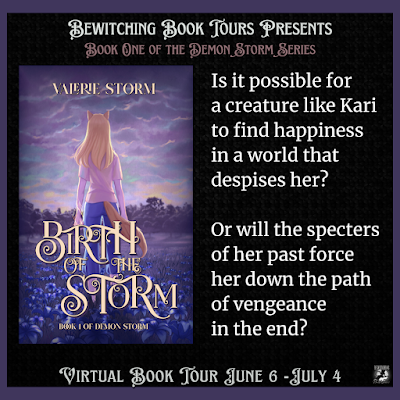