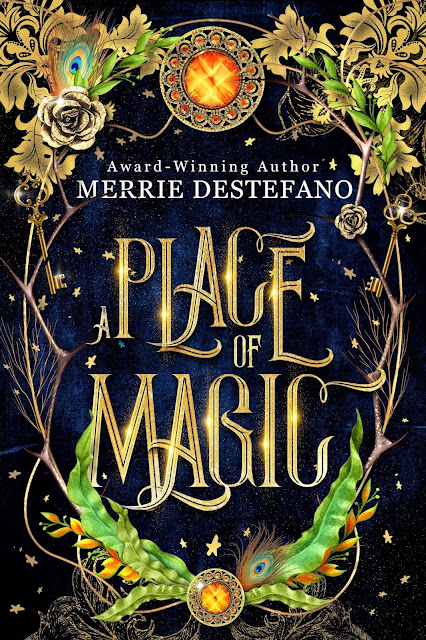 BLURB
Halloween is the wrong time to visit Ticonderoga Falls.
Dangerous monsters hunt in the nearby woods.
The Prey...
Maddie MacFaddin.
For her, the nearby forest holds many memories, some joyous, some forgotten. But she has no recollection of Ash, the dark, magnificent creature who saved her life as a child, or that his kind preys upon humanity.
The Monster...
Ash, a Darkling fae.
Trapped in Ticonderoga Falls for a century, he’s required to host a Hunt once a year. Then, hungry, shapeshifting faeries will descend upon the villagers and harvest their dreams.
The Hunt...
There are rules about harvesting humans; the poor creatures are so delicate. If you take too much, they’ll die. Without dreams, they perish. And perish they do—now and then—despite Ash's efforts to keep them safe. Then he realizes Maddie is the prey his unwanted guests are after. But, try as he might, this time he’s not strong enough to protect her. The entire village is in danger.
Soon the Hunt will begin. And no one will be safe.

Excerpt:
He nodded, head lowered. Then he lifted his gaze until he was staring into her eyes. One hand rested on her shoulder. “I won’t tell anyone your secret, Elspeth. You’re safe with me.”
Then he leaned closer, his scent overwhelming, his thoughts like the wind through the leaves, a wild rushing, his skin like the embrace of the forest. His lips touched hers and she could hear his heart beating. She slid her arms around his waist, leaning into the kiss, suddenly wanting more. She wanted to cast an enchantment, to lead him into sleep, to harvest his dreams. Wanted to walk into a dream with him, to see the hidden world on the other side of his eyelids. Wanted to know everything about him.
The kiss had only just begun and already she wanted another.
His arms were around her then, and the winter chill disappeared. In its place, fire crackled through her limbs, from her fingertips to her feet.
She could see it then, the world inside him. Tender and gentle as a spring morning, the shadows of night lingering at the edge of the wood, a handful of stars scattered across a pale sky.
She never knew that humans could be filled with so much magic.

It was her first Hunt and she had chosen her prey wisely.

Multiple-award-winning author Merrie Destefano writes lyrical tales of magic, mystery, and hope. Her traditional books have been published by HarperCollins, Entangled Teen, and Walter Foster, while her indie imprint is Ruby Slippers Press. Her novels have won awards in both the science fiction and fantasy categories.

She worked for Focus on the Family, The Word For Today, Engaged Media, and PJS Publications, and her magazine experience includes editor of Victorian Homes magazine, Zombies magazine, Haunted: Mysteries And Legends magazine, American Farmhouse Style magazine, Vintage Gardens magazine and founding editor of Cottages and Bungalows magazine. Her co-authored art books include How To Draw Vampires, How To Draw Zombies, and How to Draw Grimm’s Dark Fairy Tales. Her edited books include The Man God Uses by Chuck Smith, Oil Pastel Step-By-Step by Nathan Rohlander, and The Art of Drawing Fantasy Characters by Jacob Glaser.

Born in the Midwest, Merrie now lives in Southern California, where she runs on caffeine, and shares her home with rescue dogs and cats. And although she dearly loves science fiction, in her heart of hearts, she still doesn’t believe airplanes should be able to fly.

Have you found yourself bonding with any particular character(s)? If so which one(s)?

Yes. The main character of my first book published by HarperCollins. I could not get him out of my head! Chaz Domingue had such a strong, powerful voice and personality, and he drove most of the story in Afterlife: The Resurrection Chronicles. I spent so much time with that character. That was when I realized that characters like to keep secrets, so I developed a way to get him to confide in me. I had him write journals. Then it felt a bit like betraying him when I used his journals as chapters of backstory. The writer’s life is funny!

Do you feel that writing is an ingrained process or just something that flows naturally for you?

I’d say it’s more natural than ingrained. I have very little process. I rarely outline, or if I do it’s minimal and as needed. If I over-plan a story, then there’s no excitement, no adventure, and I’ll rarely write that particular book. For me, writing is all about going someplace I haven’t been. It’s a journey. My characters must have secrets that they don’t want me or the reader to know and one of my biggest challenges is figuring out which secrets to reveal and when.

Do you have a character that you have been working on that you can't wait to put to paper?

Yes! I’m currently developing (in my mind) a book called Dark Pretty Things. Right now, I think I’m most intrigued by the bad guy. To the world, he looks like a serial killer, but in reality he isn’t, since they haven’t actually found any dead bodies. The police call him The Collector. So, I’m very interesting in writing his voice and his thoughts and his motives. There will also be a teenage girl, who’s convinced he’s the mythological monster all the local kids claim lives in the forest. I’m still figuring out the setting—setting is like a character in my stories—and I haven’t had the time to properly research that yet.

What are some of your writing/publishing goals for this year?

I’m in several anthologies, one of which is aiming to hit the USA best-seller list. I’d love it if we made that goal! I’ve won awards for my paintings and for my graphic design, but it took a long time for me to win awards for my writing, and I believe I’m a much better writer than artist.

If you could spend one-week with 5 fictional characters, who would they be and where would you spend that time?

Almost any five characters from the Lord of the Rings. I’d love to stay in the Shire with Samwise, Frodo, Strider, Thorin, and maybe a tame Nagul or two. Samwise is one of my favorite characters ever. So heroic, so selfless. I named my German shepherd after him. But, if I stayed in the Shire, I’m sure I’d come back at least ten pounds heavier! 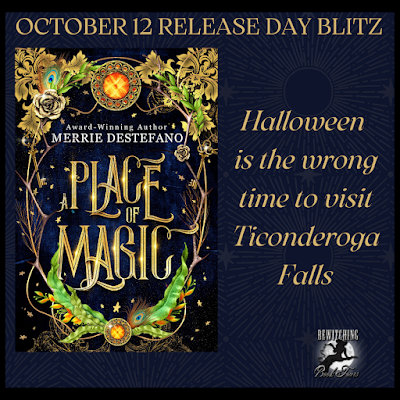