SPOTLIGHT w/INTERVIEW - AUTOBIOGRAPHICAL - BEYOND THE SONG by Carol Selick 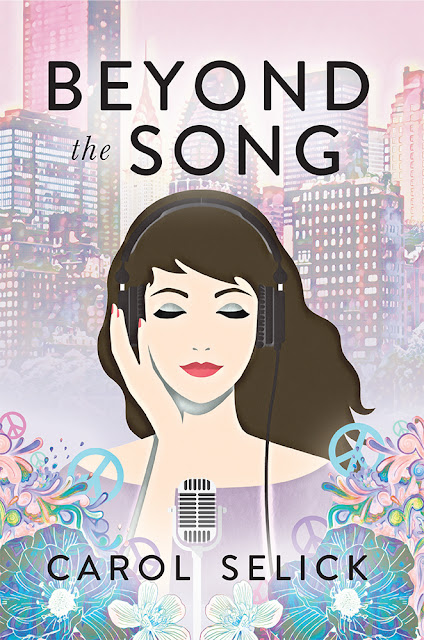 Tagline: A classic tale of a girl-gone-wrong-gone right.
BLURB
Beyond the Song is an autobiographical novel based on the author's coming of age in the 'sixties and early 'seventies. A singer-songwriter like her alter-ego Carol Marks, Carol Selick begins each chapter with lyrics she wrote and still performs today. Taken together, the songs introduce the themes of her story and trace the development of her character as she rebels against her strict suburban upbringing to join the counter-culture in hopes of fulfilling her dream of making it in the music business
The narrator relates her tale in a warm, vulnerable, and irrepressibly zany voice as Carol goes to school in Washington DC, drops out to take a pilgrimage to Berkeley, and eventually winds up living in New York in pursuit of making it in the music business. Torn between romance and career, she continually wavers. Her quest for freedom lands her in a series of dangerous situations and narrow escapes: she hitchhikes in California at the time of the Manson murders, attends anti-war demonstrations that turn violent, and is nearly arrested when her boyfriend is nabbed in a drug raid.
Along the way, the narrator also meets two important guides who help her sort her priorities, take herself seriously, and develop her considerable talents: Rose, a pioneering black woman songwriter based on hall-of-famer Rose Marie McCoy, Carol's real-life mentor; and Bruce Pasternak, a fictionalized psychoanalyst who helps her establish the self-assurance to stand on her own two feet at a time when female singer-songwriters had few role models. All inform the heroine's lyrics and narrative voice as she gradually learns to believe in herself, discipline her talent, and turn her heartbreak into song.

Linda,
Boys must play and grow
Before they fall in love and know
The beauty and the longing theme
Of a girl’s aching heart and dream.
So, my dear Linda, until then,
Until boys learn to be men,
Please accept a father’s love

That’s as old as you and a true love.

Author Info
Singer-songwriter Carol Selick performs a repertoire of jazz, rhythm and blues, pop, and her own work, and appears as a vocalist with her husband, jazz trumpeter and vocalist Gordon James. A gifted lyricist, she partnered with Hall-of-Famer Rose Marie McCoy, a songwriter for Nat King Cole, Louis Jordan, Maxine Brown, Ike and Tina Turner, and Elvis Presley.

Carol co-founded and directed The New Jersey Garden State Opry and New Jersey Children’s Opry, where she wrote and performed original songs. She holds a degree in Early Childhood Education and Music from Rutgers, and taught piano and voice for many years.

Her recordings, Life is Believing in You and Just Gonna Think About Today, feature a mix of standards and originals, and she performs the bluesy vocals on James’s 2019 release, Come on Down, praised in Blues Blast as “piping-hot New Orleans fare, satisfying and spicy with just the right amount of sweet dessert!”

Do you feel that writing is an ingrained process or just something that flows naturally to you?
I think that writing, as with all of the arts, is a combination of creativity and discipline. It is a craft and I think it requires knowledge and practice. I also joined a monthly writers’ group and found it very helpful. There were guest authors and writing prompts and we were “priming the pump” and getting our creative juices flowing. But, above all, I had a burning desire to tell my specific story.
What mindset or routine do you feel the need to set when preparing to write?
I like to write in the morning when my mind is clear and I’m drinking a cup of coffee! When I’m working on a scene, it can stay with me all day and sometimes a new idea will come to me at an unexpected moment. I could be driving, shopping, etc. That is what I love about writing. It’s the joy of finding an idea when you least expect it. I also enjoy writing in coffee shops and bookstores, where I can fuel my ideas with caffeine and books!
Can you share your next creative project?
I’m working on a series of children’s picture books with a musical theme. Since I taught piano and voice for many years, as well as pre-school music, I’ve always wanted to write books that encourage children in the arts. I’ve started two books in the series: Sing for Me Sarah, Play for Me Peter.
If you could spend one week with 5 fictional characters, who would they be and where would you spend that time?
1. The Air You Breath – Frances De Pontes Peebles – This novel is set in 1930s Brazil and I would spend it there with singer/songwriters Graca & Jega, as they help to discover the beginning of samba music.
2. Daisy Jones and The Six -Taylor Jenkins Reid – I would follow the California rock band that Daisy is singing in during the 1970s and share war stories with her about being the only woman in the band and struggling to have our voices heard.
3. Fear of Flying – Erica Jong – I would hang out with poet, feminist, Isadora Wing in New York during the early 1970s and laugh about our sexual escapades!
4. My Brilliant Friend – Elena Ferrante – I would ask Elena, who with hard work and intellect overcame her difficult childhood in Naples during the early 1960s to show me around Italy now, and tell me how its changed.
5. Rules of Magic -Alice Hoffman – I would visit Aunt Isabelle, a bloodline witch, in her country cottage in Massachusetts and ask her to teach me The Rules of Magic:  spells, potions – especially love potions!
If you could spend one full year, anywhere and money was no object, where would it be?
I would choose to live in New York City on the Upper West Side, looking over Central Park. For that year I would go to shows, music events, and jazz clubs. I would take advanced singing lessons and join a writers group and take advantage of all the artistic offerings of the greatest city in the world. I would soak up the creative vibes and get inspired to continue on my creative journey.

Thank you, Carol Selick, for sharing your time and response with all of us here on the TBJR…. blogspot. 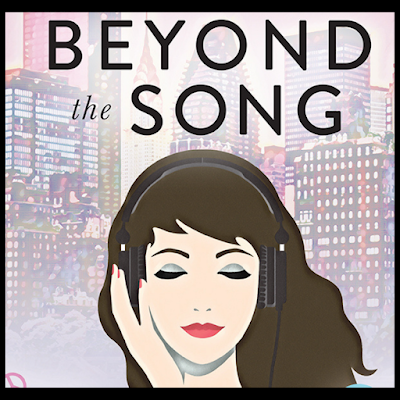