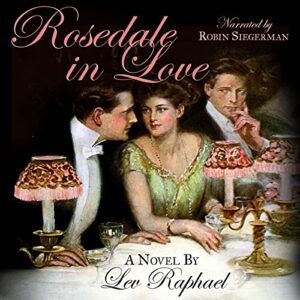 In the glittering world of money-mad 1905 New York City, Jewish financier Simon Rosedale plans to force his way into high society through marriage, and has his eye on Lily Bart. One of the most beautiful women in the city, Lily is a down-at-heels aristocrat plagued by gossip, and might be vulnerable to his proposal. With his money and her style and connections, he can rise to the top - but will she lower herself to marry a Jew?
Could such a marriage heal Rosedale's secret shame, and will Florence Goodhart, the cousin who adores Rosedale, help or hinder his plans?
Written in a period voice, Rosedale in Love audaciously revisions Edith Wharton's beloved classic The House of Mirth, offering listeners a timeless American story of greed, envy, scandal, love, and revenge. 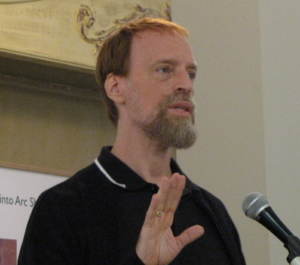 Lev Raphael is the author of 27 books in genres from memoir to mystery and a winner of a Lambda Book Award for his first collection of short stories. He has twenty years of university teaching behind him, most recently at Michigan State University, whose Library has purchased his literary papers and updates the archive yearly. His work has been translated into 15 languages and has appeared on course syllabi around the country--which means he's been homework. Edith Wharton inspired him to become a writer and he's published a book about her life and fiction as well as a comic mystery: The Edith Wharton Murders. A frequent traveler to Germany, Lev studies both German and Swedish as a hobby and takes voice lessons too. He is the proud owner of two West Highland White Terriers and has lived in Michigan with his partner for more than thirty years. 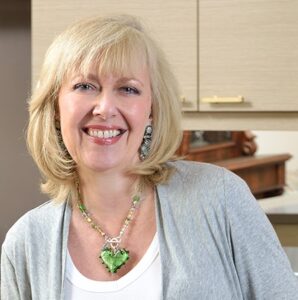 I trained in NYC with acting coach William Esper, Speech and dialect coach Timothy Monich and vocal coach Albert Hague. Improv at Second City Toronto, and audiobook coaching with Sean Pratt, Joel Froomkin and Dawn Harvey. In 2018 I was nominated for Best International Voiceover at the One Voice Awards in London, England, for the documentary voiceover in www.HarrysStory.ca . In 2019 I won Best Corporate Training Voice Over Artist by CV Magazine and in 2021 won an Earphones Award from AudioFile magazine for A Son at the Front, by Edith Wharton. I grew up in Montreal speaking English and French, so developed an ear for language and accents at an early age. However, after two years of speech training, my natural speaking voice is neutral American, and I have a wide variety of accents to draw upon for audiobook narration: English & French Canadian, Classic French, German, American Southern, New York, Italian, Irish, German, English RP and Estuary. With an additional background as an international award-winning interior designer, author of Renovation Bootcamp®: Kitchen and conference speaker, I love to “make movies for the ears”. In my spare time, you can find me surrounded by a bevvy of rescue dogs, singing with my a capella ensemble SoundCrowd in Toronto, or playing board games with my husband Steve, our son Julian and daughter-in-law Danielle.