The worst secrets are often hidden by the shiniest facade....
Heather lives in her dream house, has a handsome husband and a successful career. Famous in her field, she has legions of devoted followers on social media. But all is not as rosy as the Pinterest-perfect picture she lets them see.
Behind closed doors lurks a more sinister story. Heather would be horrified if people knew about the violent scarlet stain near the fireplace...or the shocking secrets that keep her awake at night and could destroy everything she cares about....
Managing an exciting new project should be a breeze, but when she is forced to work alongside the school bully that made her life hell, a new nightmare starts. Her perfect façade begins unravelling before the watchful eyes of her followers.
Awful happenings start to reach Heather in the one place she should be safe - her home.
Has one of her obsessive fans taken things too far?
Or is the ghost of her distant husband haunting her?
From the best-selling author of the psychological thriller In Her Footsteps, You're All Mine is a gripping psychological thriller full of twists and turns that you will find hard to put down. 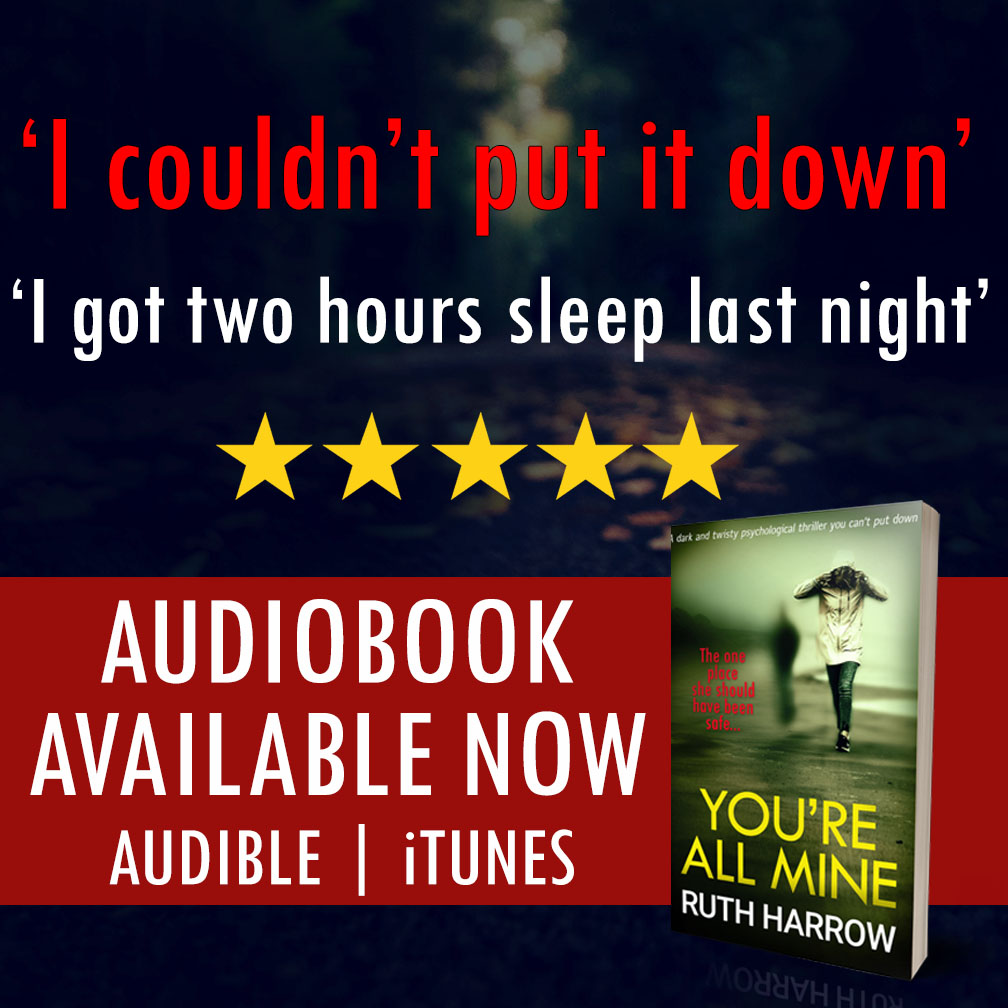 Ruth Harrow was born and raised in London and graduated from the University of Kent before embarking on an unfulfilling career as an accountant. She eventually put pen to paper and her debut psychological thriller, In Her Footsteps, was published in 2018 and quickly became a bestseller. Following the success of her first novel, her second book, You're All Mine, was released in 2019. Her third psychological thriller, In My Wake was released on 16th July 2020. She lives in Colchester with her husband, two children and chocolate Labrador, Rolo. For more information and to get exclusive updates about future books please visit: RuthHarrow.com

Audiobook narrator and producer, drama, music and football-loving mum of 3