The Book Junkie Reads . . . Review of . . . SMOKE & MIRRORS (Nite Fire, #3) . . . In the previous installments, Dahlia was compassionate, determined, skilled, and driven. Where will things go in Smoke & Mirrors? I was excited to find out. I was not sure there could be more to find in this well-crafted world that Dahlia lives in. She is a half-breed that cannot allow for it to be known that she is more than she appears to be. I find that her strength and perseverance makes her a character to move forward in the world as it ventures in to the future.
Dahlia finds that she working to find out who is dismembering bodies, where her friend's sister is, why all these creatures are disappearing, who are the shadowy men, and what is going on with this dragon queen. If that is not enough for you then consider that this is all told in vivid descriptives, fantastic world-building, and the narration just makes it all the more entertaining.
Cassandra King has returned to narrate the third installment in the Nite Fire series. I say yes. I loved her and the familiarity she brought to the story and the characters.
I received this audiobook as part of my participation in a blog tour with Audiobookworm Promotions. The tour is being sponsored by C.L. Schneider. The gifting of this audiobook did not affect my opinion of it.

Secrets are a dragon’s best friend. Deception is a close second. Both provide a sturdy armor, allowing half-dragon shape-shifter Dahlia Nite to live undetected among the humans. Walking in two worlds, belonging in neither, she wraps herself in a shroud of lies to hide in plain sight. But nothing stays hidden forever.
When dismembered bodies of multiple species are dumped on the riverbank, the case falls to Dahlia and Detective Alex Creed. Backed by Sentinel City’s new task force, the pair finds themselves urged along by clues that seem too good to be true. Bouncing from one crime scene to the next, they hunt for a clear motive in a murky sea of conflicting evidence. Already on edge from the recent string of unexplained crimes, the city begins to unravel.
Drowning in missing creatures, slaughtered remains, masked men - and the search for her sidekick’s missing sister - Dahlia burns the candle at both ends. Seeking answers, she employs her empathic abilities and uncovers something deeper and more sinister than a simple serial killer’s web. As the dots connect and worlds collide, she struggles to shields her friends from the truth. But secrets can be deadly. And Dahlia’s not the only one who keeps them.
Smoke & Mirrors is the third book in the Nite Fire series. 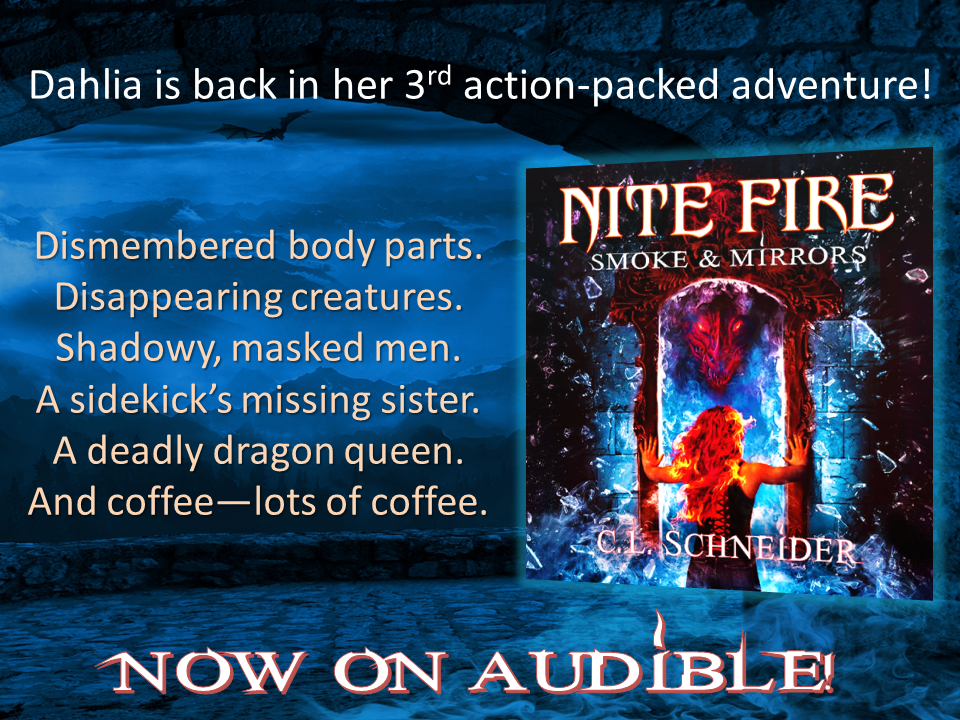 C.L. Schneider is an award-winning author of immersive fantasy fiction, including The Crown of Stones Trilogy and the Nite Fire Series. Born in a small Kansas town on the Missouri river, she penned her first novel at age sixteen on a typewriter in her parent’s living room. She currently resides in New York’s scenic Hudson Valley with her husband and two sons. To learn more about C.L. Schneider, and the worlds she creates, visit clschneiderauthor.com where you can read reviews and excerpts, subscribe to her newsletter, and join her Street Team. An active part of the indie author online community, you can often find her on social media, chatting about the daily ups and downs of a writer’s life.

Cassandra is a professional actor from New York. She works with a private acting trainer and has been making her way into the voice over world. Becoming an audiobook narrator was a great way to combine her desire to act and her passion for literature. She is currently working on book 2 of the Nite Fire series entitled 'Chain Reaction' as well as a Warhammer 30k fan film called 'Death of Hope'. In addition to reading and acting, Cassandra also enjoys anime, sports, cooking, and traveling. 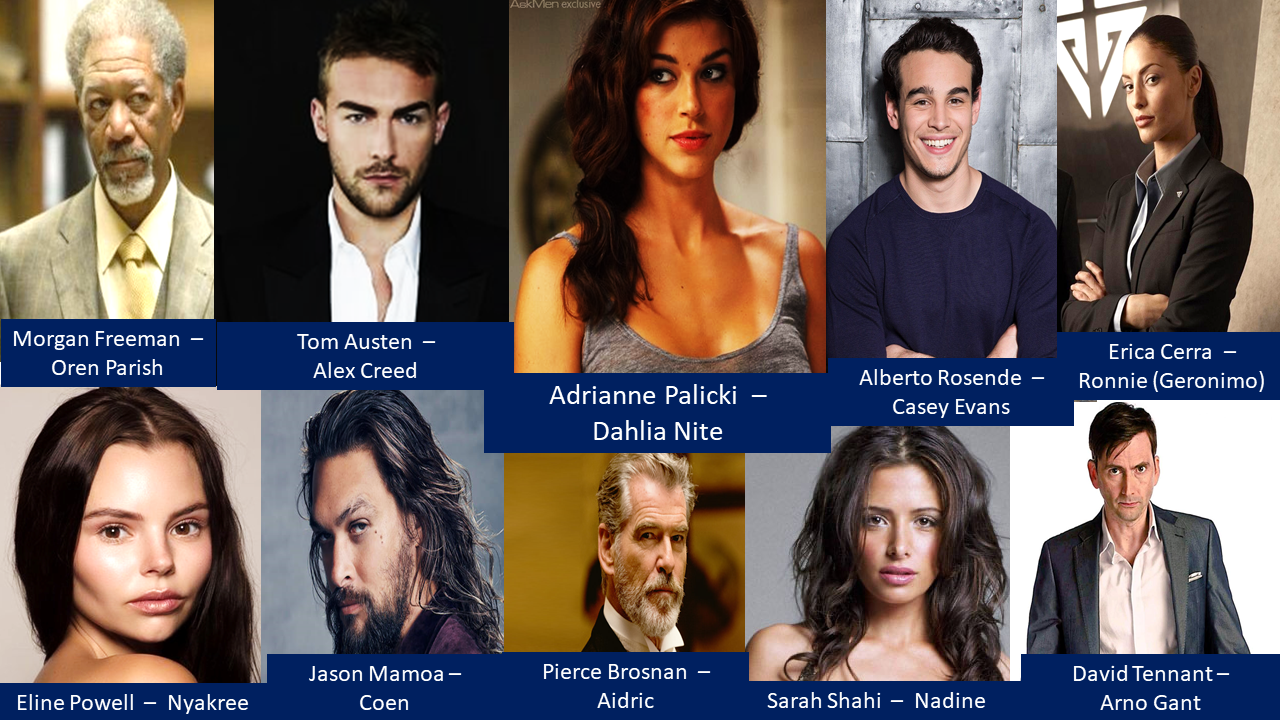