SPOTLIGHT w/INTERVIEW - PNR - A Gift of Jacinth (Wishes and Dreams, #2) by Allie McCormack 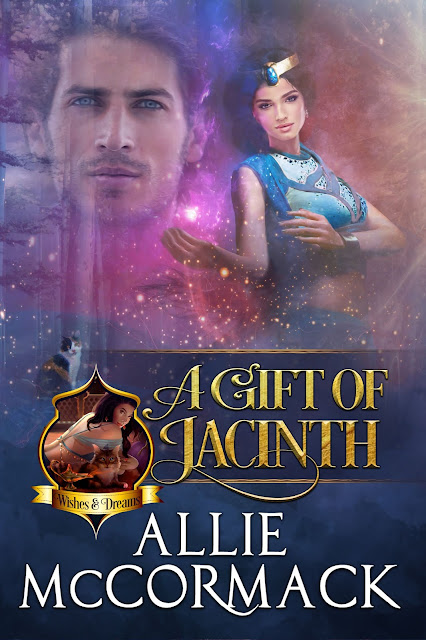 Tagline:  Douglas needed a miracle. What he got was a genie...


BLURB
Veterinarian Douglas McCandliss considered himself an ordinary kinda guy with an ordinary kinda life. He had no idea why he'd bought the old silver teapot, and when a young woman appeared before him claiming to be a genie, he almost wished he hadn't. If only she wasn't so damned cute.

Ebullient and cheerful, Jacinth loved granting wishes and helping people. So she was thrilled when her teapot's new owner, a single father with custody of two young children, asked her to stay until he could find a nanny. The problem was, the longer she stayed, the more she was attracted to Douglas, and she was certainly not willing to turn over care of Ben and little Molly to just anybody. But she was a 900 year old genie, and had no intention of falling in love with a mortal man. None whatsoever.

Excerpt:
It wasn’t going to be all that easy, after all, he thought as he looked at Benny’s scared, apprehensive face a few hours later.
“Benny.” He squatted down to the boy’s level, holding his gaze reassuringly. “It’s very safe. Planes don’t usually crash, or fly into buildings, I promise. Those were accidents.”
“Mom said they did,” Benny told him, fear in his voice. “She was always watching plane crashes on the news. She watched them over and over.”
Was that how Lilian had planned to keep him from taking the kids if he found them? Douglas had to wonder. Certainly, she’d always had a taste for the morbid and the sensational, but to deliberately implant a fear of flying in a young child when she had taken the children the width of the continent away from him, was going too far. Molly looked scared too, even abandoning Jacinth to cling to her brother’s hand. Tears welled up in those bottomless blue eyes, and her lower lip trembled ominously. If he was going to put these two on the plane, it was going to have to be by brute force.
Exchanging a glance with Jacinth, he saw his opinion mirrored in her face. They had two choices. They could find another mode of travel to New York, or carry two screaming, terrified children onto the airplane. Douglas had never considered himself lacking in courage, but his nerves quailed at the graphic image that conjured up.
“Okay, okay, don’t panic,” he told them. “Give me a couple of minutes here and I’ll think of something.”
He moved a few feet away from the car where they all stood, still in the parking lot at the zoo. Jacinth followed, and he lowered his voice to consult with her.
“What am I supposed to do? Dammit, we’re three thousand miles from home! Did Lilian do this on purpose?”
Jacinth gnawed on her lower lip, feeling her brows pull together as she pondered.
“Probably,” she agreed. “I think you’re going to have to rent the car all the way to New York, Douglas.”
His grimace was rueful. “That distressing possibility occurred to me. At least that would be better than taking the bus or the train, which are our only other options. Four days in a car with two young children, though, is my idea of a nightmare. They’re so little, and it’s been so long since we’ve been together, we’re complete strangers to each other. This is definitely not how I’d choose to get to know each other again.”
Jacinth twinkled at him. “You have a nanny,” she reminded him. “And once you’re home, you have your job to go to. This might turn out for the best for both you and the children. By the time we get to New York you’ll have established a rapport with them.
Enthusiasm fired in her, and she felt a burst of excitement. “It’ll be fun, Douglas. We can play car games, and I can read them stories, and we’ll buy some of those children’s sing-along CD’s. We can eat at truck stops and roadside diners along the way, then stop at motels in the afternoon. The children can nap, then we can go to dinner, and maybe swim in the motel pool in the evening. We can buy postcards and a camera and take lots of pictures.”
She watched Douglas hopefully as he thought this over. Driving across America wasn't something she'd ever have thought of doing, or even wanting to do, but now she was seized with a great longing. Perhaps it was because of the presence of Douglas and the children, having someone to share this great new adventure with.
“It doesn’t sound like such a bad idea, when you put it that way,” Douglas admitted. “Maybe this could work after all.”
Hope sprang up in her breast as another thought occurred to her. “If we’re not going to fly out from here tonight, could we stay one more day and go to Disneyland tomorrow?”
Douglas broke into laughter. “Okay, yes, we’ll go to Disneyland.”
Hearing him, Benny let out a whoop of excitement, and Molly’s eyes shone like stars. Douglas held up a hand for silence.
“But we’re not staying late,” he warned them. “I’m not fighting this kind of traffic on a Monday morning. We’ll leave Disneyland before it gets dark so we'll be well out of the city before we find a motel for the night. No arguments when I say it's time to leave. Agreed?”
He noted with amusement that Jacinth joined in with Benny in assuring him that was fine, while Molly nodded her head vigorously, the curly blond bangs flopping in her eyes. She was so adorable, he wanted to scoop her in his arms and hold her tight. His chest constricted, and his eyes stung a little as he looked at his kids. He loved them both so much.
“I owe you,” he told Jacinth, his voice hoarse with the emotion he couldn’t suppress. “I owe you a lot. There’s nothing in the world that means as much as my kids.” 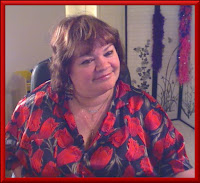 Author Info
A former career medical transcriptionist and disabled Veteran, Allie McCormack is now writing from home full-time. Allie has traveled quite a bit and lived many places all over the U.S., and also a year in Cairo, Egypt as an exchange student, and a year in Riyadh, Saudi Arabia under contract to a hospital there, plus a short stint with NATO while she was in the Army. As a single mom, she raised a wonderful daughter who's recently married and there are plans afoot for grandchildren. Allie now lives in the beautiful Sorona Desert in southern Arizona with her two rescue cats and writes full-time.

Allie says: "A writer is who and what I am... a romance writer. I write what I know, and what I know is romance. Dozens of story lines and literally hundreds of characters live and breathe within the not-so-narrow confines of my imagination, and it is my joy and privilege to bring them to life, to share them with others by writing their stories." 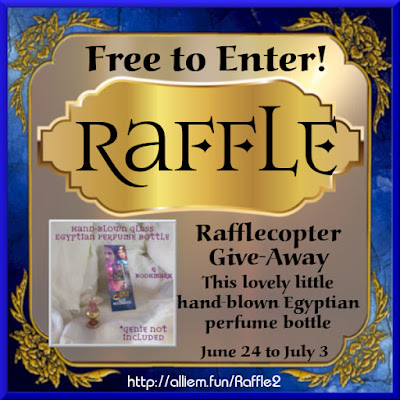