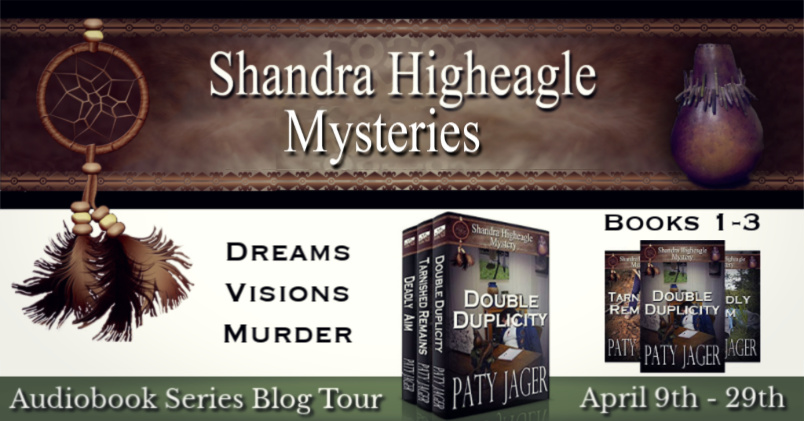 Murder...deceit...greed....
Shandra Higheagle is digging up clay for her renowned pottery when she scoops up a boot attached to a skeleton. She calls in Weippe County detective Ryan Greer. The body is decades old and discovered to be Shandra's employee's old flame.
Ryan immediately pegs Shandra's employee for the murderer, but Shandra knows in her heart that the woman everyone calls Crazy Lil couldn't have killed anyone, let alone a man she loved.


Digging up the woman's past takes them down a road of greed, miscommunication, and deceit. Will they be able to prove Crazy Lil innocent before the true murderer strikes again?

Paty Jager is an award-winning author of 35 novels, 8 novellas, and numerous anthologies of murder mystery and western romance. All her work has Western or Native American elements in them along with hints of humor and engaging characters. Her Shandra Higheagle mystery series has been a runner-up in the RONE Award Mystery category, and a finalist in the Daphne du Maurier. This is what Mysteries Etc says about her Shandra Higheagle mystery series: “Mystery, romance, small town, and Native American heritage combine to make a compelling read.”

Audiobook narrator and voice over artist Ann Thompson continues to work in radio and TV news broadcasting as she has done for the past 25 years. Her work has been recognized by the Associated Press and Society of Professional Journalists. A-P has named her "Best Reporter" for large market radio in Ohio. She has won awards from the Association of Women in Communications and the Alliance for Women in Media. Ann reports regularly on science and technology. Once she even rode the "Vomit Comet" to simulate zero gravity in a KC-135. Thompson has reported from India, Japan, South Korea, Germany and Belgium as part of fellowships from the East-West Center and RIAS. She values author partnerships like the one with Paty Jager for the Shandra Higheagle series.

Haunting Corpse, the latest Shandra Higheagle audiobook, is available for review from the ADOPT-AN-AUDIOBOOK PROGRAM.

Hi, I’m Shandra Higheagle. I’m a potter whose vases sell as art. My father was a descendent of the Chief Joseph band of the Nez Perce. His family lives on the Colville Indian Reservation. My mother was White, with makes me a half-breed. However, my father died when I was young and mother and stepfather raised me White, not allowing me to see my paternal family or tell anyone about that side of my family. After college, I sought out my father’s family and am now becoming closer to them and my roots. What also brings me closer is my deceased Nez Perce grandmother coming to me in dreams.