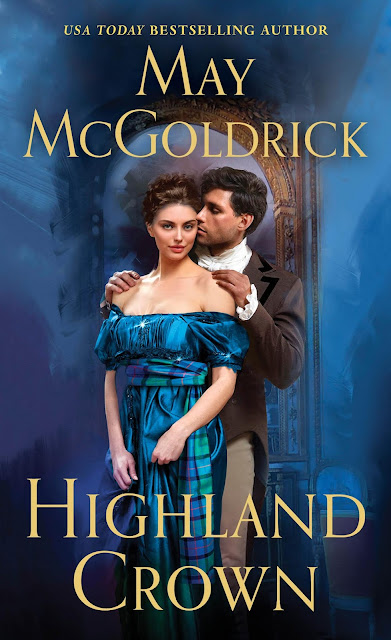 Scottish pride, persuasion, and passion—this is Highland romance at its breathtaking best.


BLURB Inverness, 1820
Perched on the North Sea, this port town—by turns legendary and mythological—is a place where Highland rebels and English authorities clash in a mortal struggle for survival and dominance. Among the fray is a lovely young widow who possesses rare and special gifts.

WANTED: Isabella Drummond
A true beauty and trained physician, Isabella has inspired longing and mystery—and fury—in a great many men. Hunted by both the British government and Scottish rebels, she came to the Highlands in search of survival. But a dying ship’s captain will steer her fate into even stormier waters. . .and her heart into flames.

FOUND: Cinaed Mackintosh
Cast from his home as a child, Cinaed is a fierce soul whose allegiance is only to himself. . .until Isabella saved his life—and added more risk to her own. Now, the only way Cinaed can keep her safe to seek refuge at Dalmigavie Castle, the Mackintosh family seat. But when the scandalous truth of his past comes out, any chance of Cinaed having a bright future with Isabella is thrown into complete darkness. What will these two ill-fated lovers have to sacrifice to be together…for eternity?

Author Info
Authors Nikoo and Jim McGoldrick (writing as May McGoldrick) weave emotionally satisfying tales of love and danger. Under the names of May McGoldrick and Jan Coffey, these authors have written more than thirty novels and works of nonfiction. Nikoo, an engineer, also conducts frequent workshops on writing and publishing and serves as a Resident Author. Jim holds a Ph.D. in Medieval and Renaissance literature and teaches English in northwestern Connecticut. They are the authors of Much ado about Highlanders, Taming the Highlander, and Tempest in the Highlands.