The Book Junkie Reads . . . Review of . . . WEREWOLF M.D. (Book #2) . . . There are hidden depths in part 2 of the Werewolf M.D.. There things that I did not expect and things that could have just been a given. It was the unexpected that got me. I held on to this one all the way to the end. It was a flowing ride from part one to part two. The audio flowed and the characters grew. The intrigue grew also. I enjoyed this short visit to Louisiana and the Bayou. The pack. The people. The couple. The setting. All things made this a quickie with some depth.

Can their love survive this outbreak?

Nurse Isabella and Doctor Roman are kidnapped by the pack and the mysterious Jean-Luc. What will she do when she learns the depths of how the Alpha's dark past intertwines with the man she loves?

Brought before the Alpha Council to answer for their crimes, they find the werewolf leadership in turmoil as a virus courses through their ranks. The lines between foes and friends blur as Roman tries to stop the emerging epidemic.

When an ancient enemy returns to take vengeance, the world is turned upside down and Roman and Isabella are separated. Does she have the medical knowledge and skill needed to keep Patient Zero alive on her own? While on the edge of finding a cure, the medical board revokes Dr. Roman's medical license, leaving him no choice but to break into a CDC maximum security lab. Can he solve the biggest challenge of his career and survive long enough to save everyone he loves from a terrible death?

Filled with steamy scenes and and action-based violence, this gripping novel does not contain any cheating and has a happily ever after. Scroll up and one-click to buy this thrilling paranormal romance today.

TAYLOR HAIDEN has three beautiful children and an amazingly supportive spouse and lives with them in Arizona. Tylor's days are spent enjoying the breathtaking blue skies and pink sunsets while writing a variety of genres. When not writing, Taylor enjoys traveling to new places, tasting new and exciting foods, binging on Netflix, and experiencing everything that life has to offer from barbecues to scuba diving. Taylor is author of the Werewolf M.D. series with more in the works.

Audiobook narrator Hugh Bradley brings his distinctive voice to titles ranging from romance to history. Hugh brings characters to life with a distinct voice, with a deep understanding of the character and their motivation. Mr. Bradley doesn’t just tell us the story, he brings us with him on the journey. From Hugh: “I’m a classically trained actor, and have been on Broadway and toured all over the world in everything from musicals to Shakespearean productions. I still perform on stage from time to time, but most of the time these days I stick to recording, and producing and directing for the stage.” 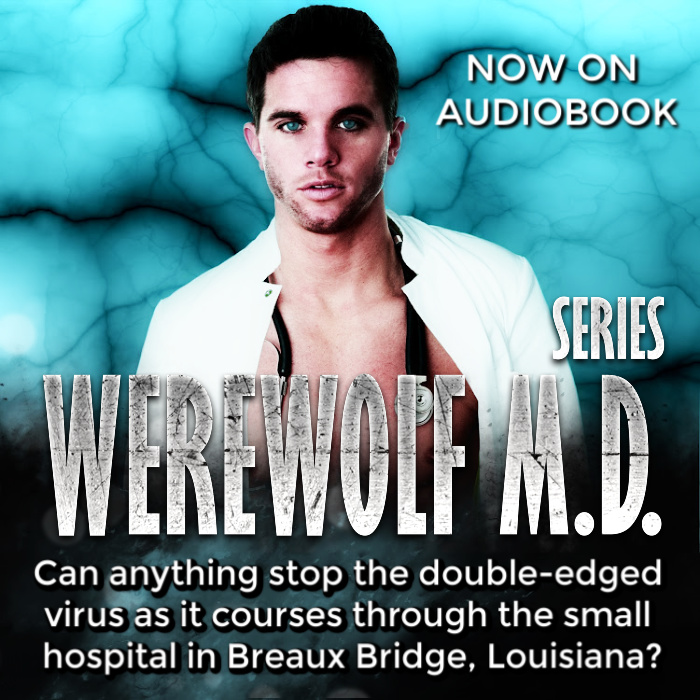