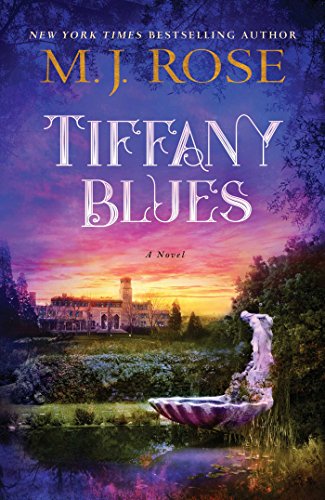 The New York Times bestselling author of The Library of Light and Shadow crafts a dazzling Jazz Age jewel—a novel of ambition, betrayal, and passion about a young painter whose traumatic past threatens to derail her career at a prestigious summer artists’ colony run by Louis Comfort Tiffany of Tiffany & Co. fame.

BLURB
Everything looked more beautiful through the stained glass... except her past.
New York, 1924. Twenty‑four‑year‑old Jenny Bell has escaped her past... her hard-hearted stepfather, murder, and the dank hallways of Canada's notorious Andrew Mercer Reformatory for Women where she spent 2 years. Now as one of a dozen burgeoning artists invited to Louis Comfort Tiffany's prestigious artists' colony. Gifted and determined, Jenny vows to avoid distractions and romantic entanglements and take full advantage of the many wonders to be found at Laurelton Hall.


But Jenny's can't help but be inextricably drawn to Oliver, Tiffany's charismatic grandson.

As the summer shimmers on, and the competition between the artists grows fierce as they vie for a spot at Tiffany's New York gallery, a series of suspicious and disturbing occurrences suggest someone knows enough about Jenny's childhood trauma to expose her.

Supported by her closest friend Minx Deering, a seemingly carefree socialite yet dedicated sculptor, and Oliver, Jenny pushes her demons aside. Between stolen kisses and stolen jewels, the champagne flows and the jazz plays on until one moonless night when Jenny's past and present are thrown together in a desperate moment, that will threaten her promising future, her love, her friendships, and her very life.

“[M.J.] Rose keeps readers spellbound with her a skillful first-person narration, a tightly paced plot, and authentic details that vividly capture the Roaring Twenties, with a touch of Gatsby-esque flavor and opulence and a research-rich mix of facts and fiction.” — Library Journal) 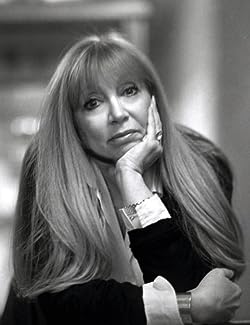 Author Info
New York Times Bestseller, M.J. Rose grew up in New York City mostly in the labyrinthine galleries of the Metropolitan Museum, the dark tunnels and lush gardens of Central Park and reading her mother's favorite books before she was allowed. She believes mystery and magic are all around us but we are too often too busy to notice... books that exaggerate mystery and magic draw attention to it and remind us to look for it and revel in it. Please visit her blog, Museum of Mysteries at http://www.mjrose.com/blog/Her photo was taken by Judith Pushett utilizing an old relic: a turn-of-the-century 11 x 14 inch wood camera.Rose lives in CT with her husband the musician and composer, Doug Scofield.Her most recent novel THE LIBRARY OF LIGHT AND SHADOW (Atria/S&S) was chosen as an Indie Next Pick. Rose's work has appeared in many magazines including Oprah Magazine and she has been featured in the New York Times, Newsweek, WSJ, Time, USA Today and on the Today Show, and NPR radio. Rose graduated from Syracuse University, spent the '80s in advertising, has a commercial in the Museum of Modern Art in NYC and since 2005 has run the first marketing company for authors - Authorbuzz.comThe television series PAST LIFE, was based on Rose's novels in the Reincarnationist series. She is one of the founding board members of International Thriller Writers.