Shadow by the Bridge 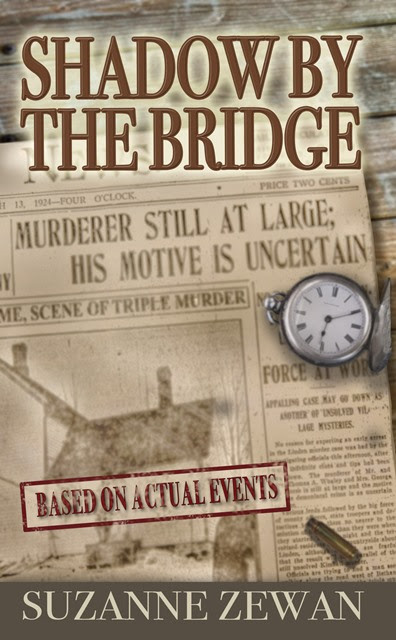 BLURB
11-year-old Fritz Reynolds recalled his father telling him that man is the only creature who can find amusement in killing. Little did he realize that those words would become the theme for his teenage years growing up in the rural hamlet of Linden, New York. In this coming-of-age story, Fritz takes us back to a simpler time when neighbors gathered at the general store to listen to radio shows, drank barrel-aged cider, and worshiped at the Baptist church every Sunday. All was picturesque in his close-knit farming community until terror was unleashed on them. 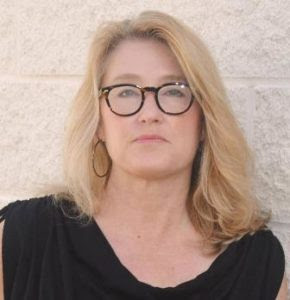 
Suzanne is coordinator at Genesee Valley Educational Partnership and is an adjunct professor at Buffalo State College. She has a M.A. in English and Creative Writing and a M.S.Ed. in Career and Technical Education. Other publications include a poem in Jigsaw (2014), a short story and two poems in Jigsaw (2016), and a short story in Amaranth Review (2016).

How would you describe your style of writing to someone that has never read your work?
After doing a little research to help me answer this question, I believe that I have an artistic poetic style of writing. I love to play with metaphors, sentence and word structure leaving a poetic feel to the piece. Once, I have the story I want to tell, I go through my work and pay close attention to the descriptions and do another revision to bring out the beauty of the language and images sprinkled throughout my story.

What are some of your writing/publishing goals for this year?
Currently, I am working on my 2nd novel titled Indigo, and I hope to finish the draft and have the editing finished over the next few months.

Do you have a character that you have been working on for a long time that still isn't quite ready, but fills you with excitement to work on the story?
Yes, my protagonist in the novel I am working on now. Her name is Linna Kerwin, and her character needs more work. I think once I go through my revision process, I can really spend some time developing her. In the beginning of the story, she looses her mom suddenly which takes her life in an entire new direction.

If you could spend one-week with 5 fictional character, who would they be?
This is a great question!

1.  The Catcher in the Rye, J. D. Salinger's protagonist, Holden Caulfield. I can still hear his voice in my head. And I love his constant contradiction and misguided rebellious nature.

2.  Post Office, Charles Bukowski's protagonist, Henry Chinaski. I love his rebellious spirit as a postal carrier.
3. The Road, Cormac McCarthy's protagonist, the father in the story. I loved how he cared for his son the post-apocalyptic time as he faced his own impending death.
4. The Absolutely True Diary of a Part-Time Indian, Sherman Alexie's protagonist, Arnold Spirit, who was a regular target of bullies.
5. Stone Butch Blues, Leslie Fineberg's protagonist, Jess Goldberg, who struggled and later learn to accept her gender identity.


Where would you spend one full year, if you could go ANYWhere? What would you do with this time?
I would like to live in house on the beach in the New England area. My days would be spent taking long walks on the beach, writing at my desk that faced a window looking out at the ocean.

Can you share you next creative project(s)? If yes, can you give a few details?
Yes, as I mentioned above, I am working on my 2nd novel titled Indigo. Here is a short blurb about the book that I have been working on.

Linna, finds herself alone in the world with the sudden loss of her mother. Because “everything happens for a reason,” Linna is set on a path of discovery as she learns about her psychic gifts, past lives, and ultimately her father. She also masters the ability to travel to the astral plane where she resides between lives. It is on the astral plane that she comes in contact, once again, with the man—who terrified her at the cemetery the day of her mother's funeral—and he is determined to kill her again.


Website   Facebook   Twitter
Giveaway
During the Blog Tour we will be giving away two paperback copies of Shadow by the Bridge to one lucky winner! To enter, please enter via the Gleam form Shadow by the Bridge. Giveaway Rules – Giveaway ends at 11:59pm EST on March 31st. You must be 18 or older to enter. – Giveaway is open to US residents only. – Only one entry per household. – All giveaway entrants agree to be honest and not cheat the systems; any suspect of fraud is decided upon by blog/site owner and the sponsor, and entrants may be disqualified at our discretion. – Winner has 48 hours to claim prize or new winner is chosen.
Hosted by